Having made the transition along the picturesque valley Gaitanejo and going through the admittance procedure to the route at the Northern checkpoint. 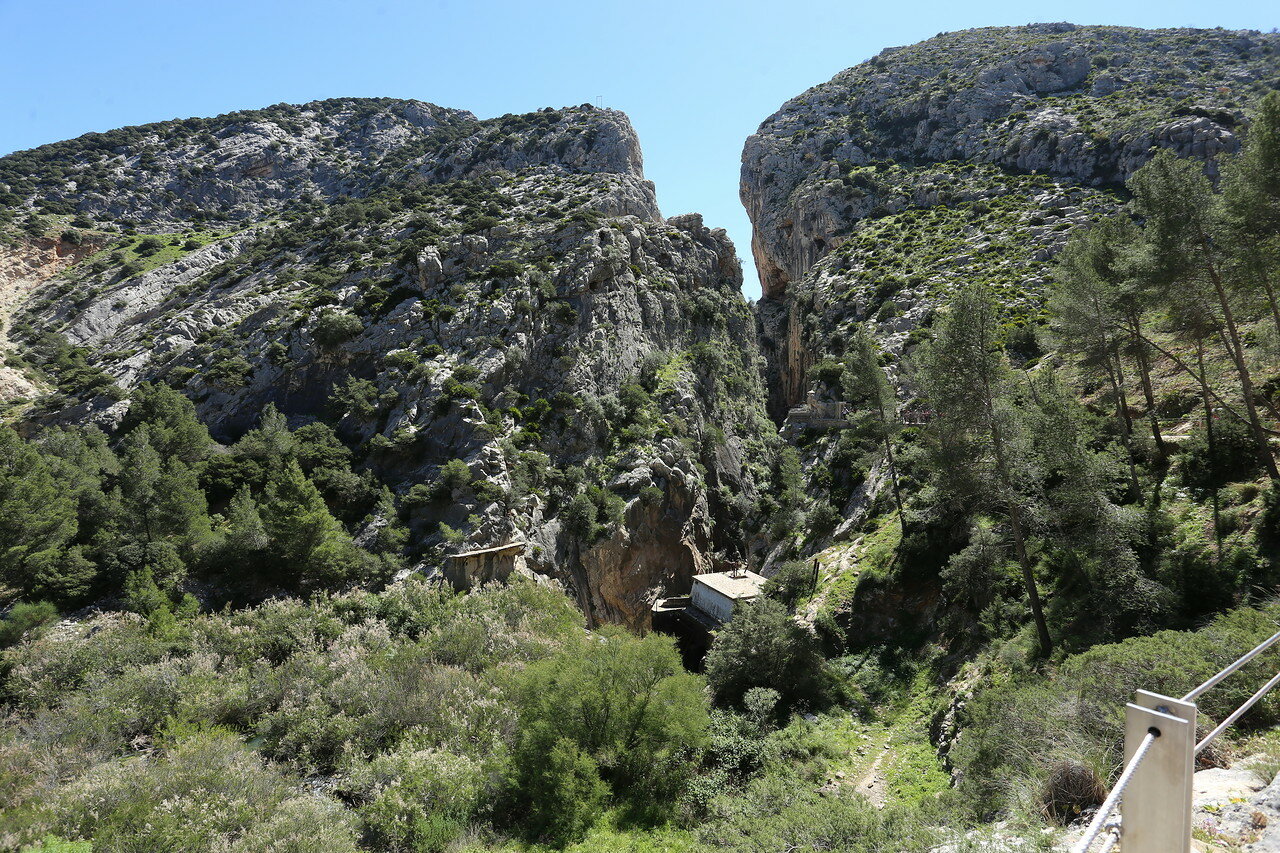 visitors are directed to the side of Gaitanes gorge (Desfiladero de los Gaitanes). 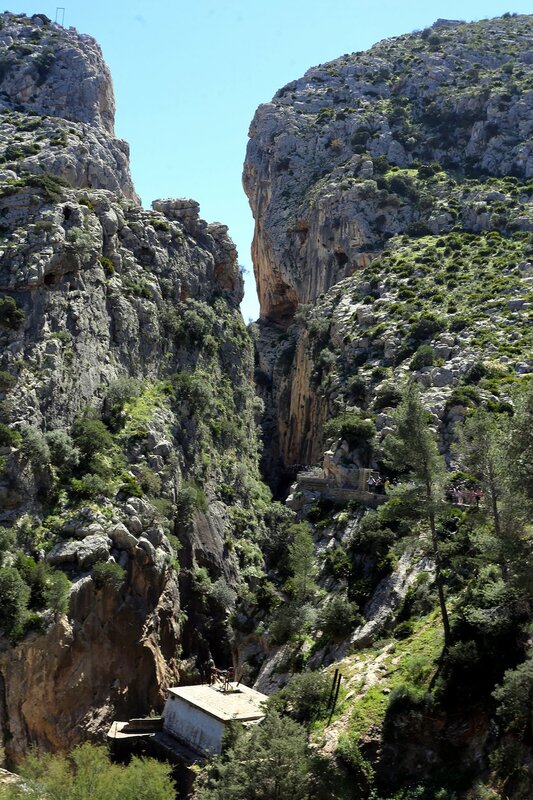 Ahead of me were two girls with whom I rode the train from Malaga to El Chorro. They didn't have a reservation and was surprised by their equipment, not suitable for Hiking in mountainous terrain. However, the girls got on the trail and were passed through the entire route without any problems. 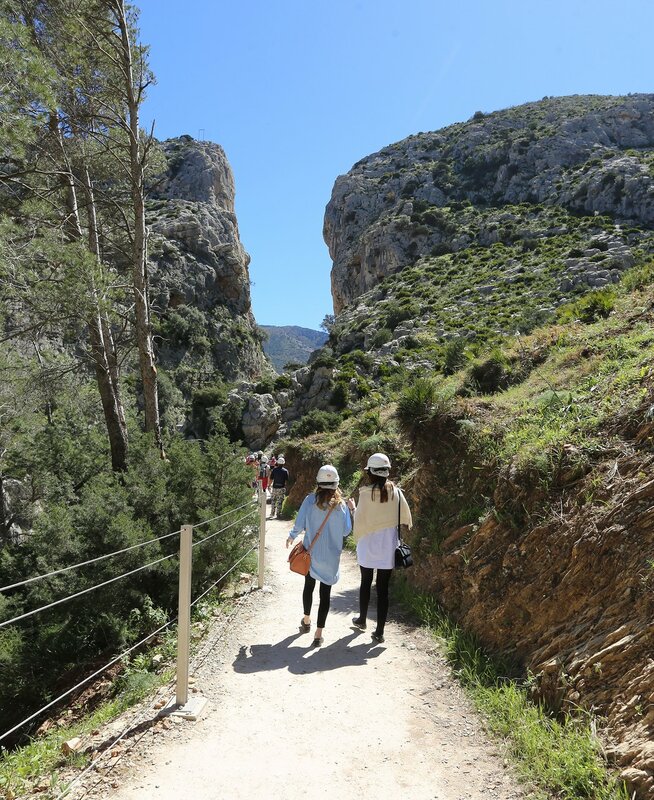 hundred meters below the hydro Gaitanejo is another small dam. 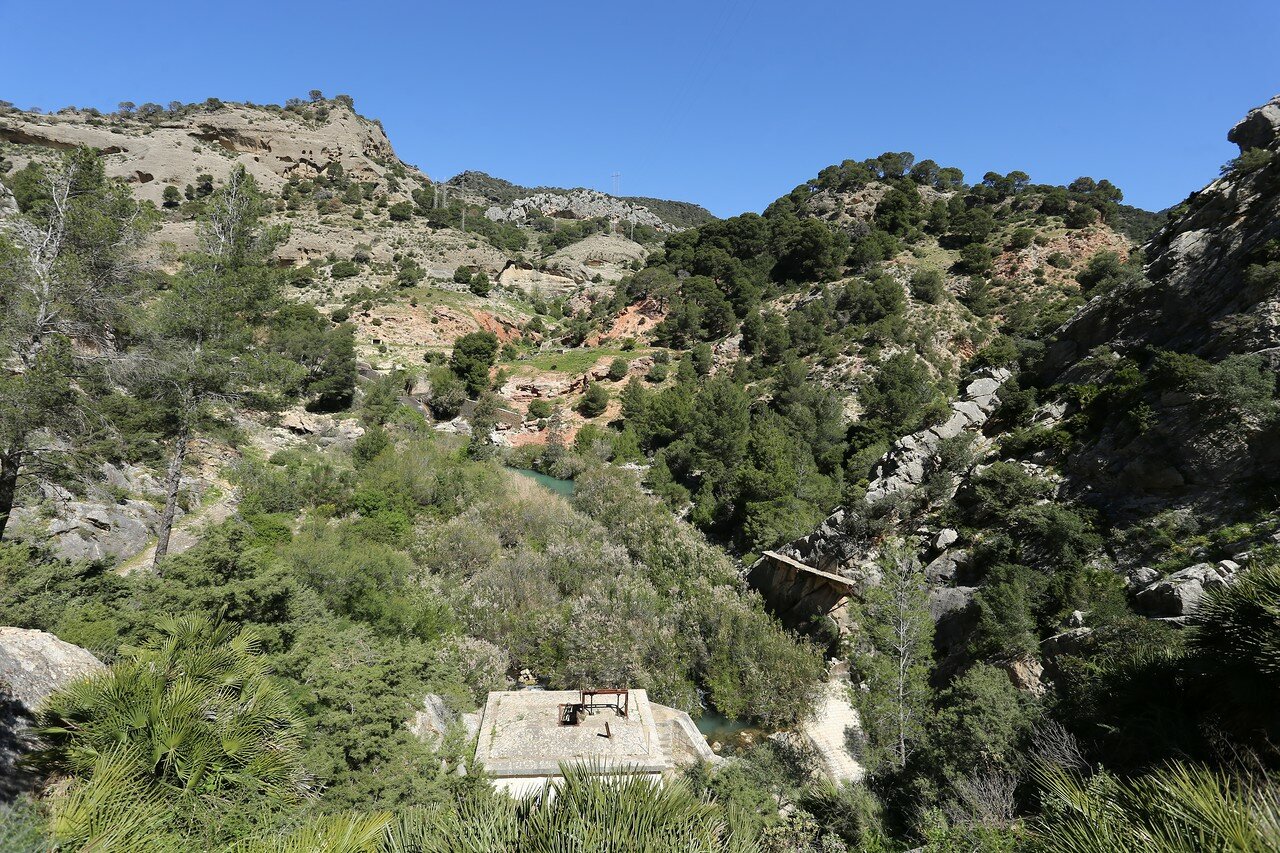 This is the remains of the first hydroelectric power station on the river Guadalhorce, which opened the era of hydropower in the province of Malaga. In 1091 industrial clan Lorig-erida won a concession to develop the water resources of El Chorro, and in 1903-1905 year the dam was built Kambatas. The building was designed and built under the guidance of talented engineer Rafael Benjumea, also linked by ties of kinship with the family of Loring-Eris. 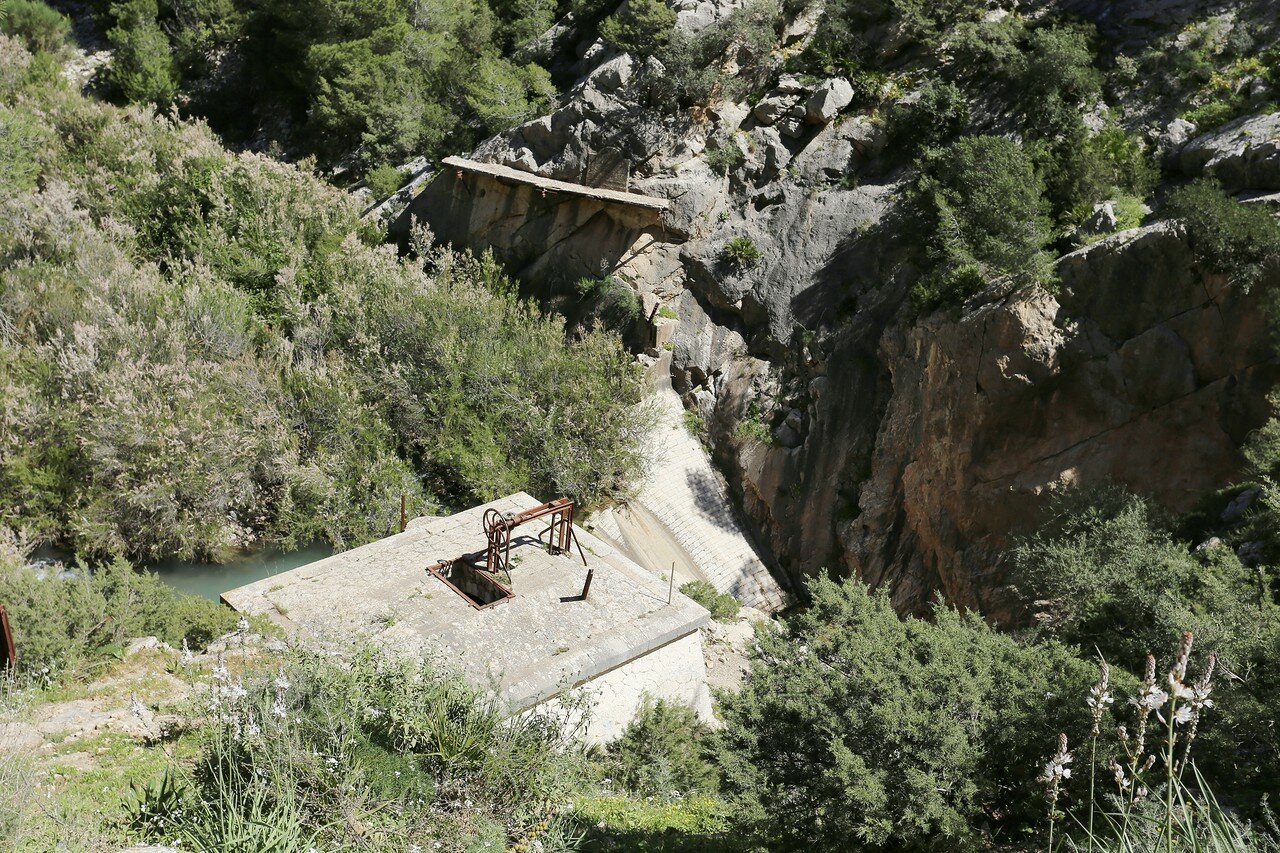 Power generators was only 3000 horsepower or 220 kilowatts, however, the limits on the energy were sold to potential consumers at the stage of construction. Prior to this, Malaga was supplying electricity to two steam power plant, it limited the development of industry, and the demand for electricity was high. In addition, the beginning of the twentieth century, electric lighting has become an integral feature of urban life. 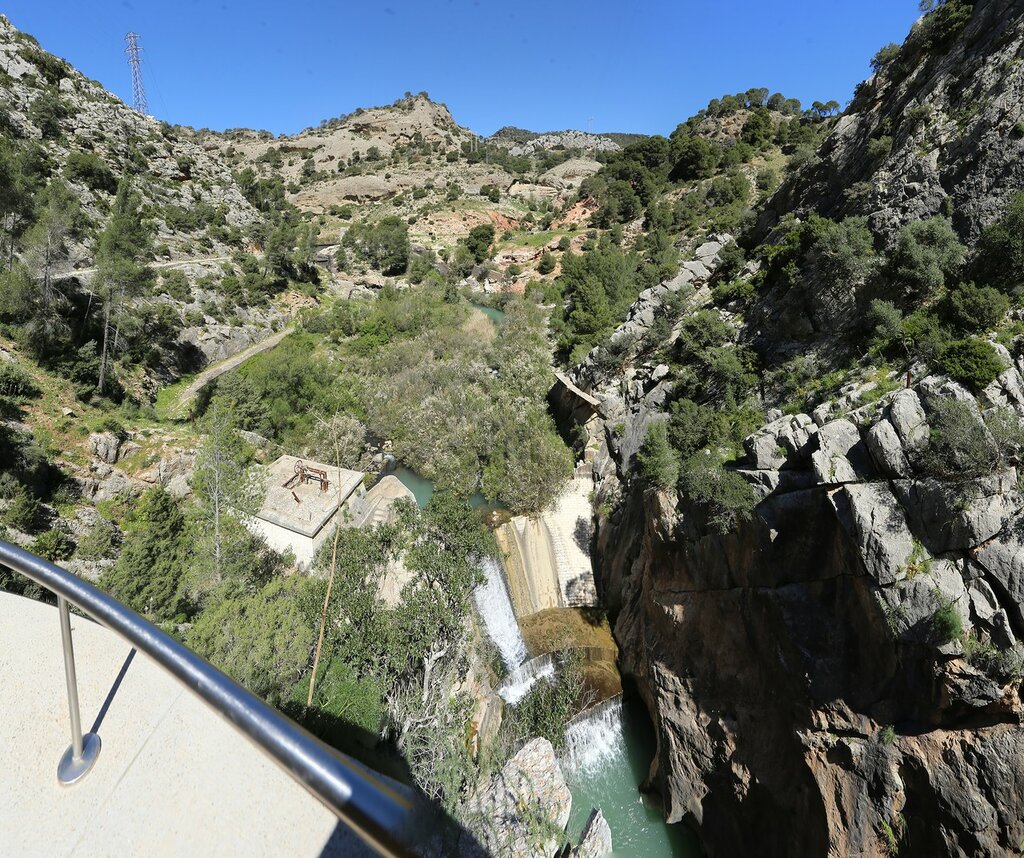 just two years Later, as Central gave the first shock, there was a catastrophic flood, completely inundating a power plant and moving it out of action. But this disaster and gave impetus to ambitious projects of "Three streams" (Tres chorros). Among the victims was and a lot of farms, situated on the banks of the river Guadalorce, was caused great damage to the economy of the region. Rafal, Benjumea managed to convince the authorities to regulate the flow of rivers, the Turon, Guadalorce and Guadalteba that would not only solve the problem of floods, but also promised a significant increase in irrigated farmland. Thanks to the latter, Benjumea enlisted the support of farmers and in 1911 received the state finansirovanie your project in the amount of 50%. The construction of the cascade started in 2014, finished in 1921, the dam on the river Turon (Condo Presa de Guadalhorce), and in 1927, 200 metres from the gorge Gaitanes river Guadalorce was blocked by a dam Gaitanejo. Then the dam Kambojas became a hindrance and was partially blown up. 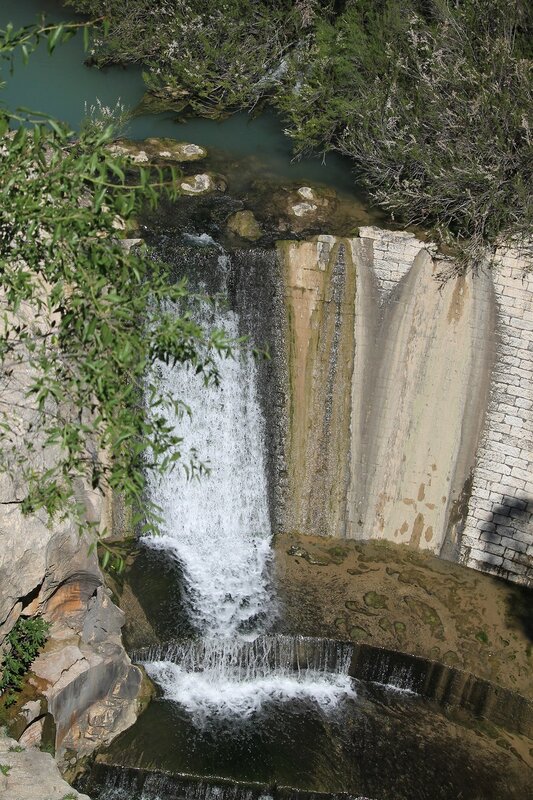 Over the remains of the hydro has a viewing platform, where, in fact, begins a great adventure Caminito del Rey. Here you can see two plaques - one dedicated to the engineer Rafael Benjumea, and the second is the opening of the tourist attraction, won first place in the world in popularity in 2016. 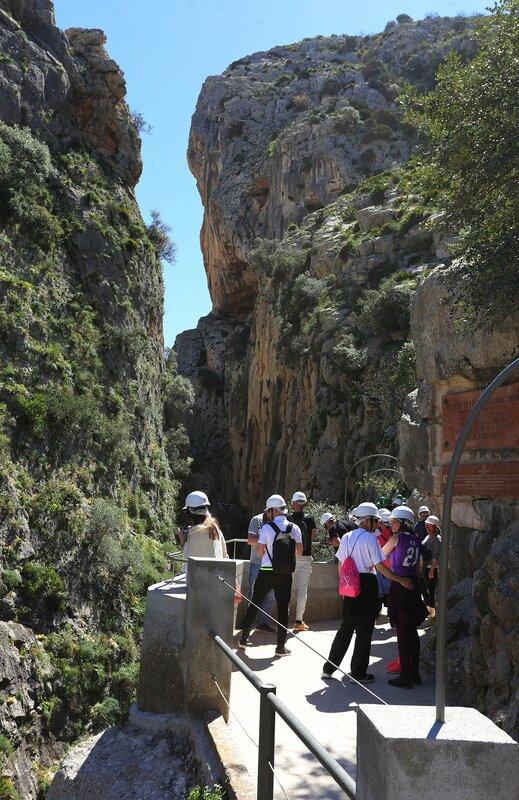 at the Bottom you can see the surviving decks of the track that was used in the construction of dams. This is the "Royal path". 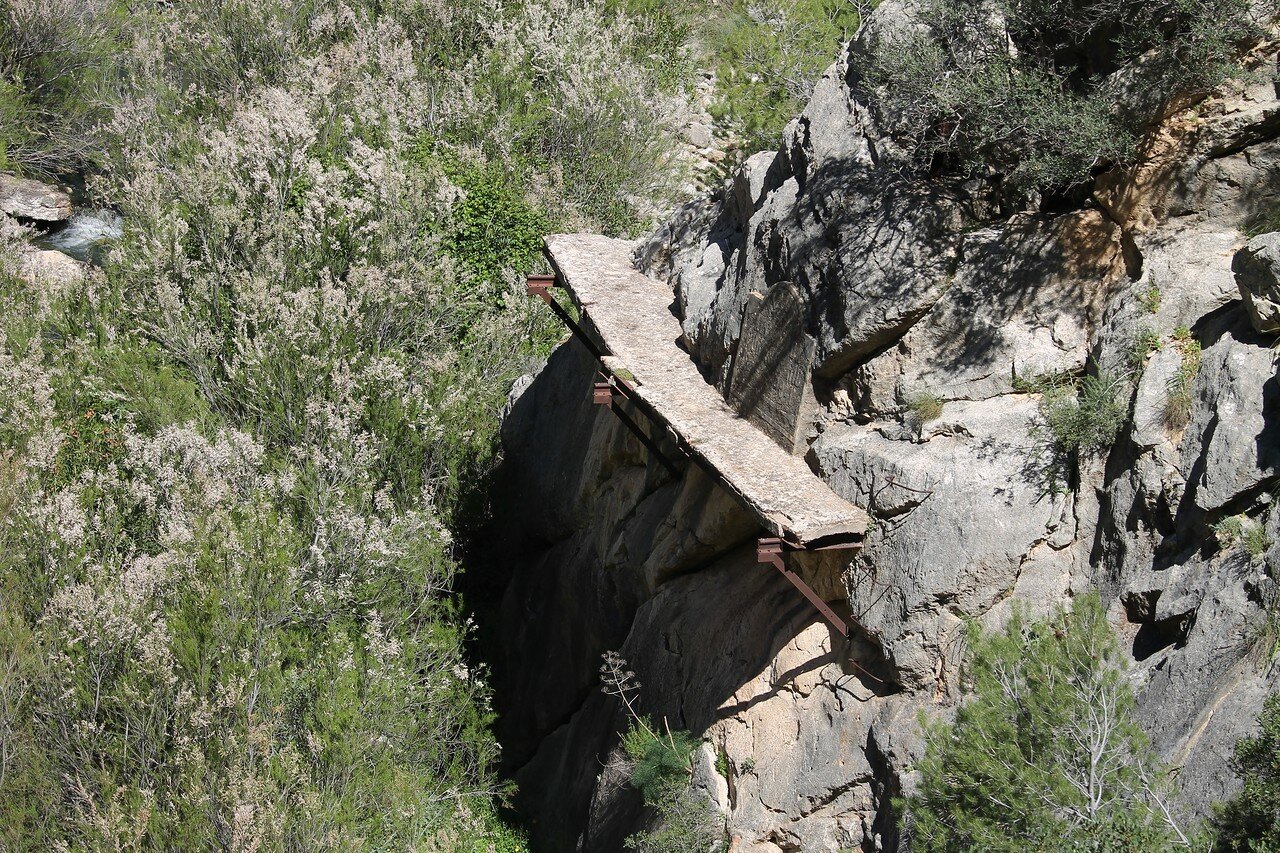 If you look down through binoculars, or through a telephoto lens, you can see the level to which the water rose during floods. 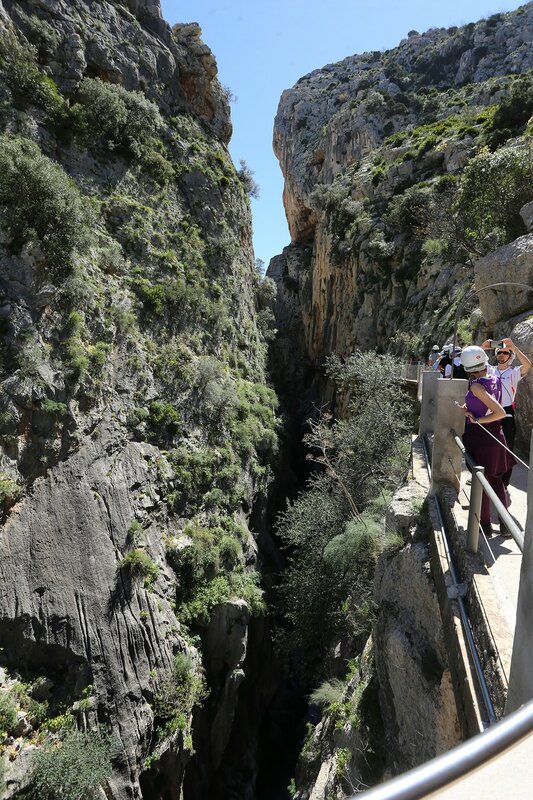 On the other side of the canyon, on a rocky hillside you can see the caves, known as "hermitages". In these burrows, formed as a result of leaching of sandstones, lived the ancient inhabitants of the valley, engaged in farming and cattle-breeding, in the beginning of the century the caves were used by the builders of the dams. 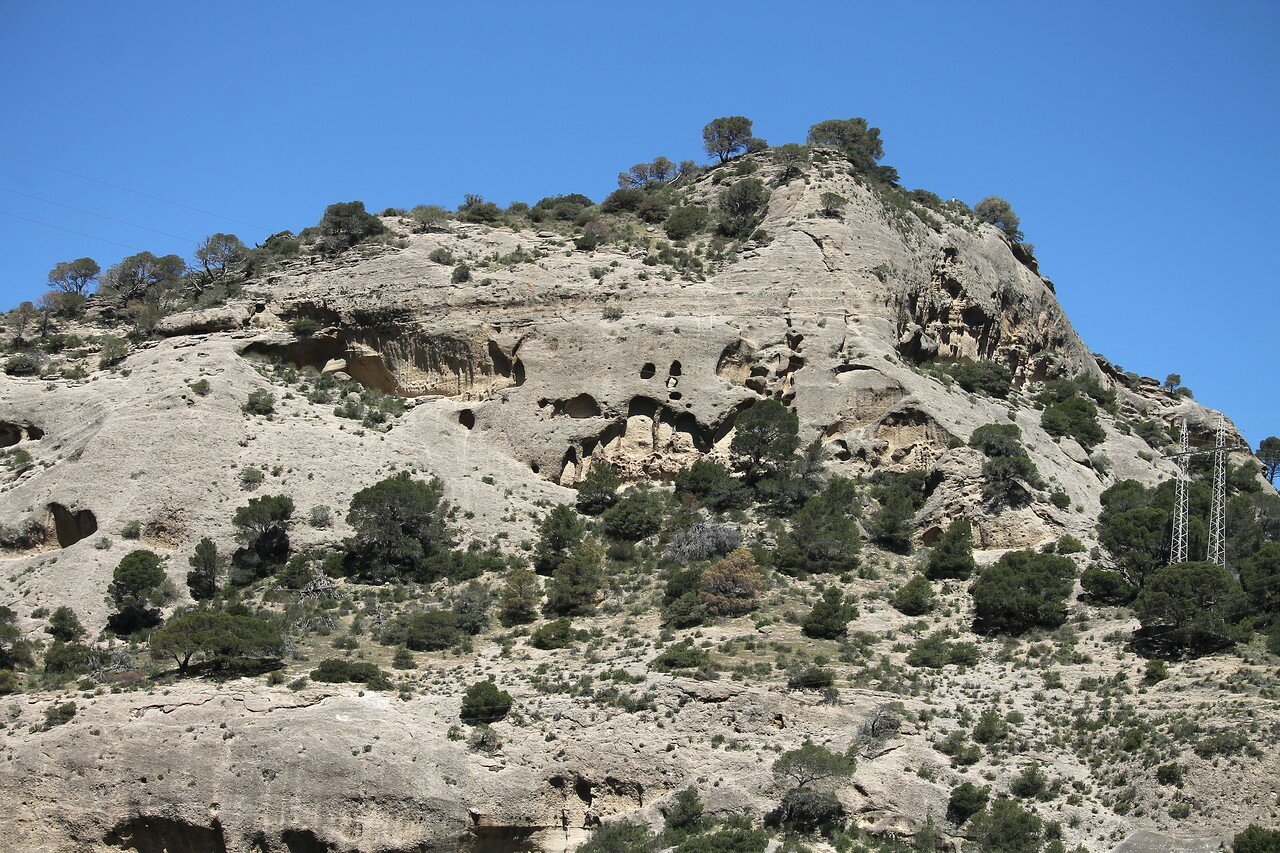