At the bottom of the reservoir Gaitanejo ended the first stage of a visit to the Caminito del Rey. From the moment I got off the train at the station of El Chorro, it was exactly two and a half hours. For those planning to visit the Royal path will lay out an approximate duration: 1. One hour on the bus to El Chorro Acceso Norte (the buses run every half hour, but not the fact that you're leaving from, arriving in El Chorro on the train). 2. From Acceso Norte to checkpoint 2.5 kilometers, when you pass about 40 minutes, if you do not deviate from the route and not waste time photographing the beauty around. I have this leg of the journey took 1.5 hours, and given the fact that I missed a few observation points in the side of the trail. Besides, it's nice to have still another hour and a half on inspection of the dam Conde de Guadalhorce, Guadalhorce and Guadalteba, as well as a few specific points around them. This implies that a full inspection of all sites must be booked a passage on a track at the end of the day (open from 10:00 to 14:00 in winter and 17:00 in summer), but do not forget that the passage of the Trail requires a minimum of two hours, and the only train from El Chorro to Malaga departs at 18:05. For those who want, can go the short route through the "small tunnel", in this case, the path to the control point is reduced by almost half. 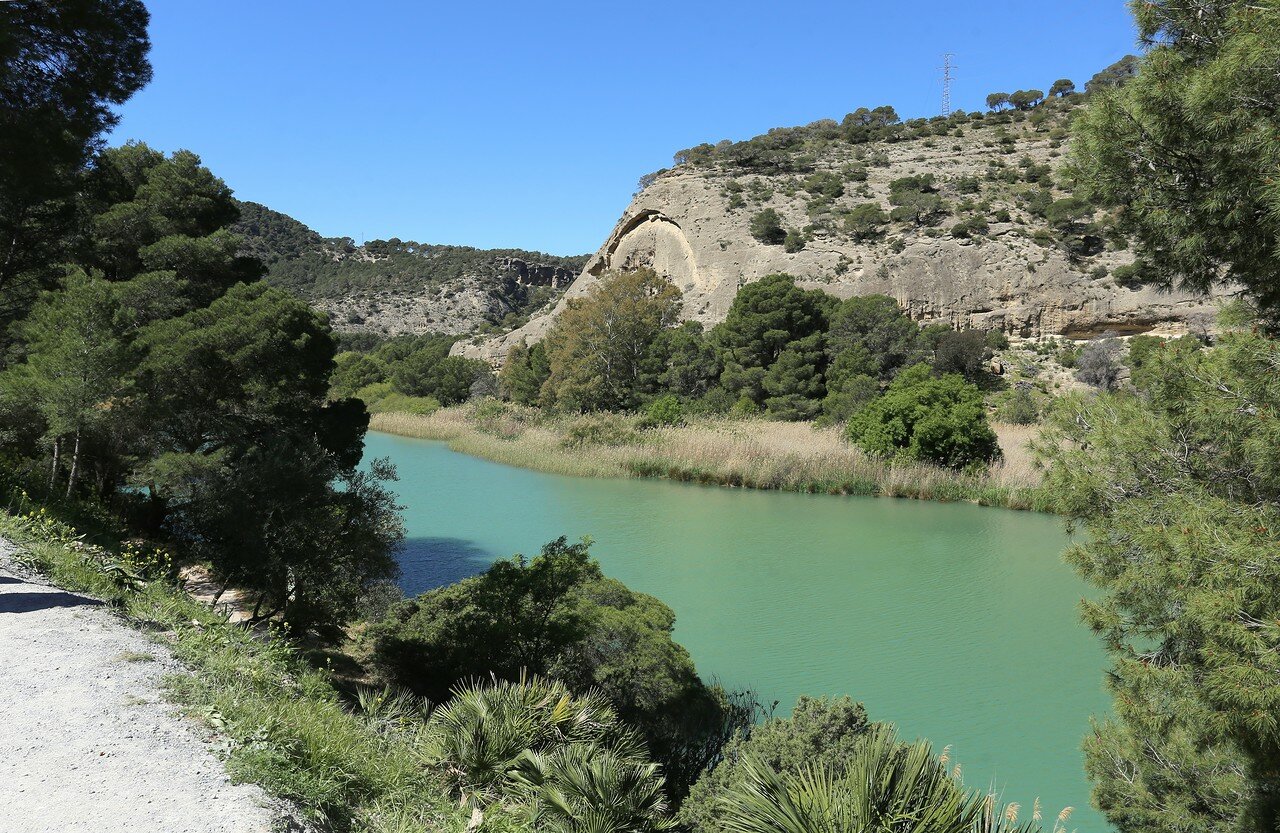 so I got to the Northern checkpoint (map) and is recommended, 10 minutes before the time specified in the reservation. I would like to add your timing that will have some time to stand in line. I was in the beginning of April, and staid about ten minutes, during high season it may take half an hour and more. 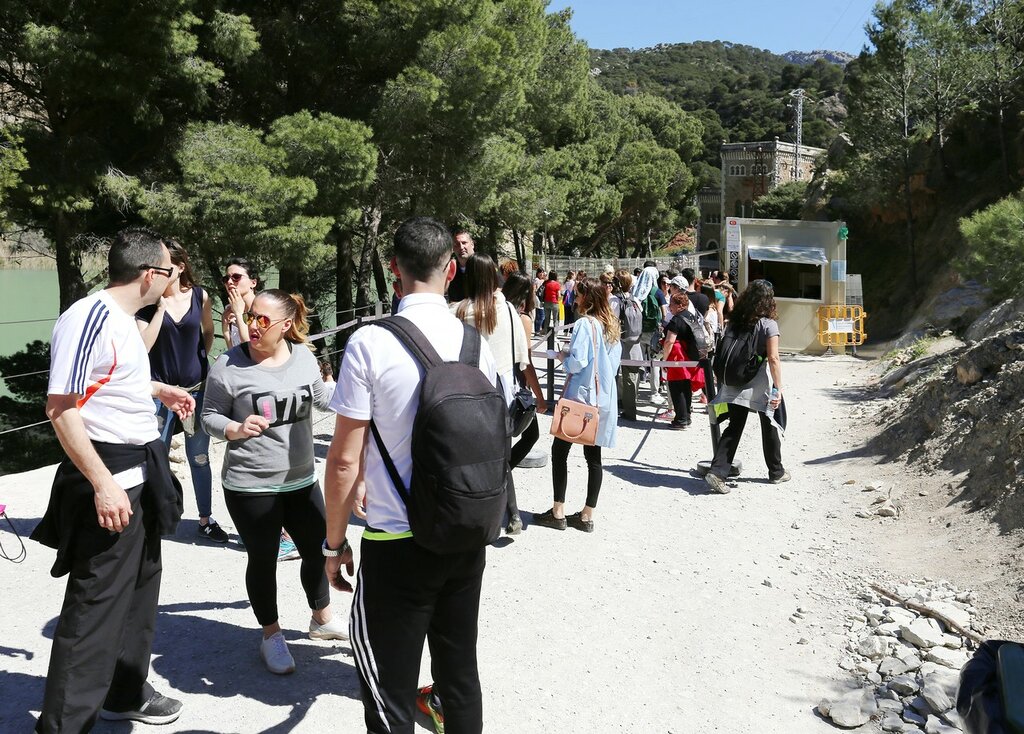 most of the tourists book the trail through official website, and this should be done as early as possible. Tickets are sold in three months, I miss the start of term sales for a couple of days and was almost left without a ticket on the day...however, coming to the checkpoint, found that the ticket can be bought right here without any queue. In the train, my fellow traveler was two girls, they didn't have a reservation, but on the trail they were before me. 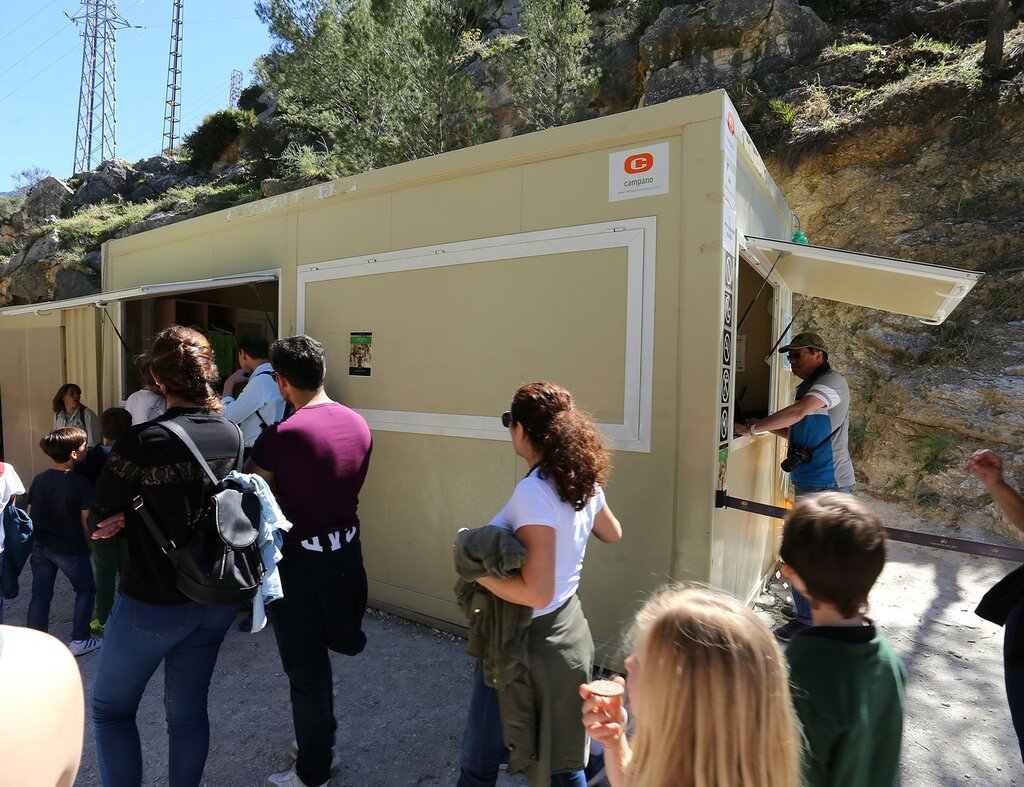 After checking the reservation or ticket you will be given a helmet with a hygienic liner, and then will conduct training in Spanish or English (Spanish speaking today were about three times more output), with the obligatory warning about claustrophobia and the need to respect the range of motion in one and a half meters. Then the instructor verifies that each visitor is properly wearing the helmet, the strap should be tightened. 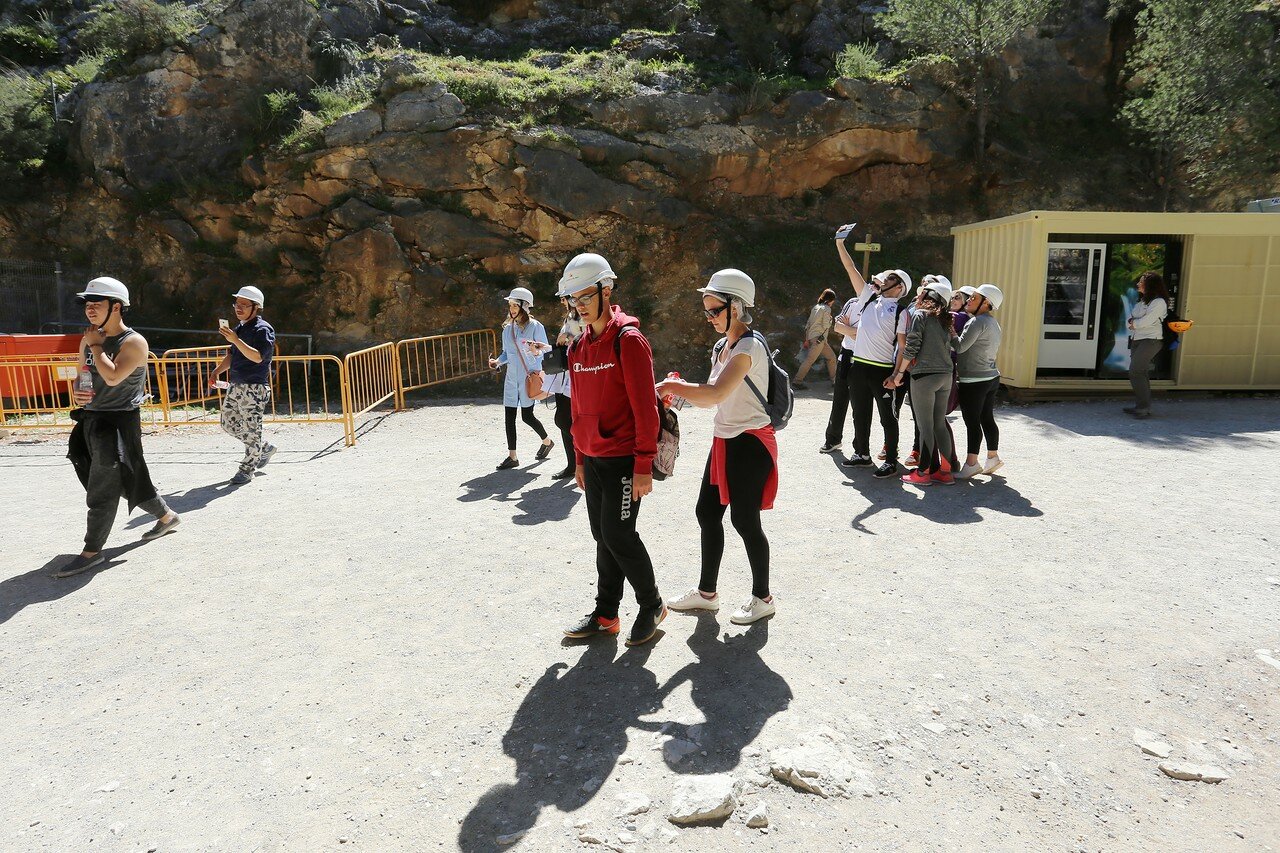 Coaching is done in a group, the employees care about tourists ends. Then everyone can go the route in his own pace. Unless of course, you didn't take a tour service. 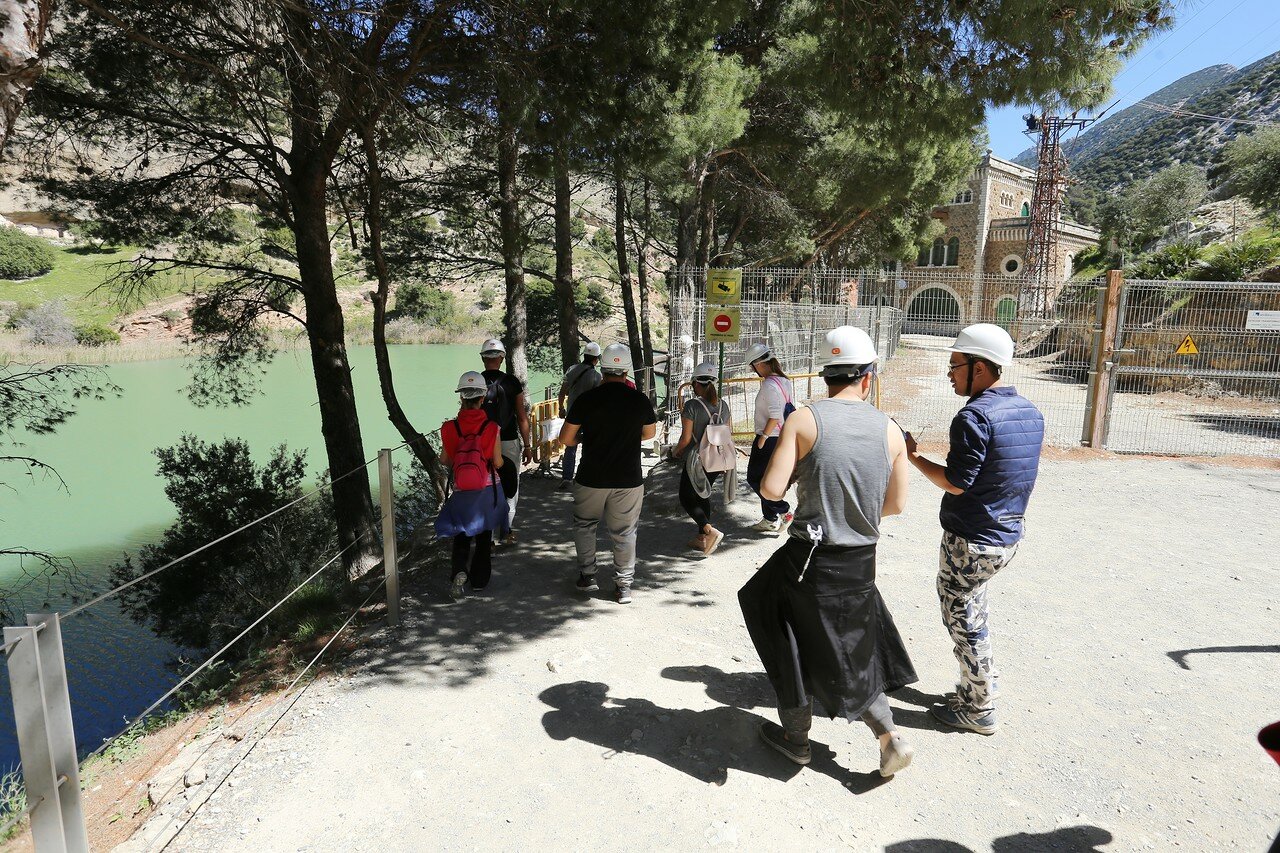