From Plaza Cruz de Humilladero, I went out onto Avenida Juan XXIII and a few blocks later reached the Carretera de Cadiz district. 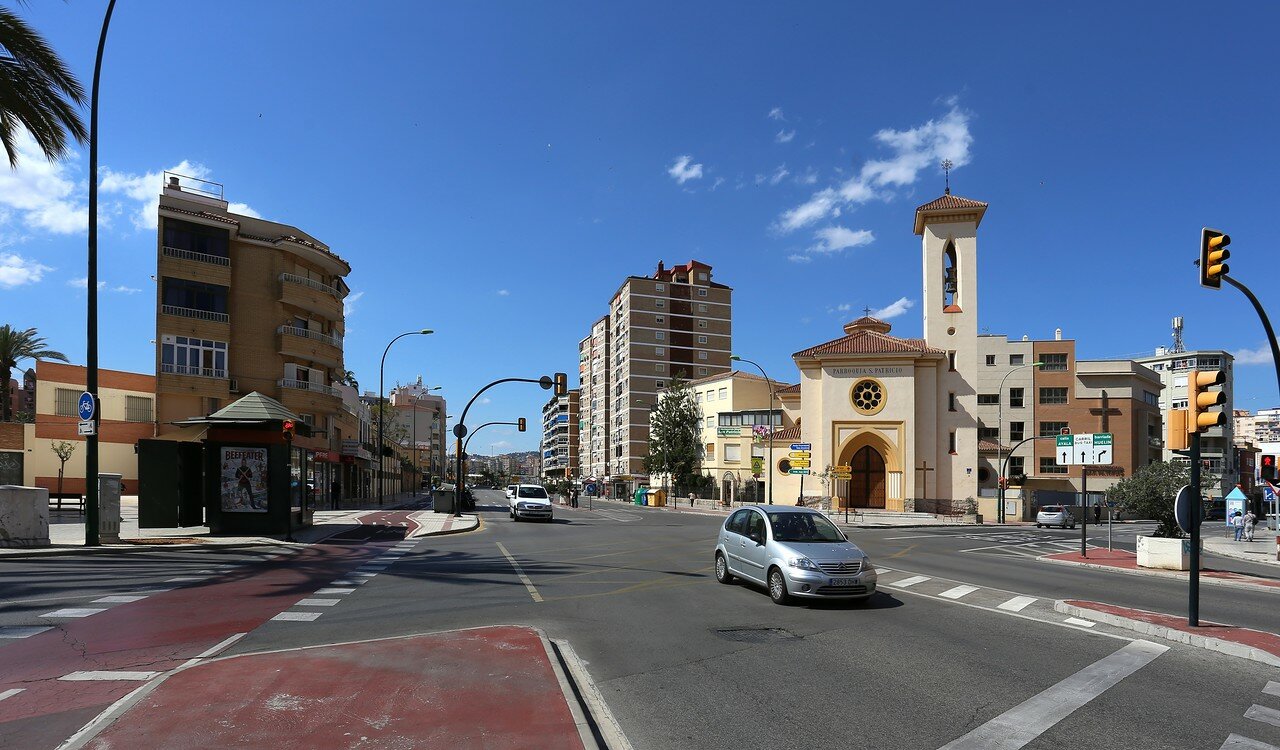 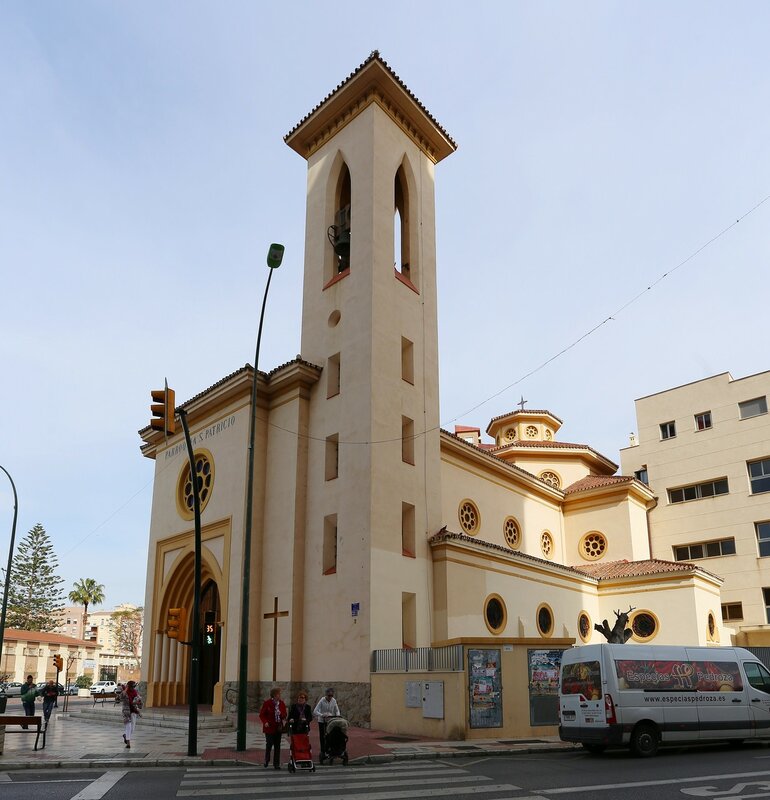 Beyond the Church, the Welwyn area begins. 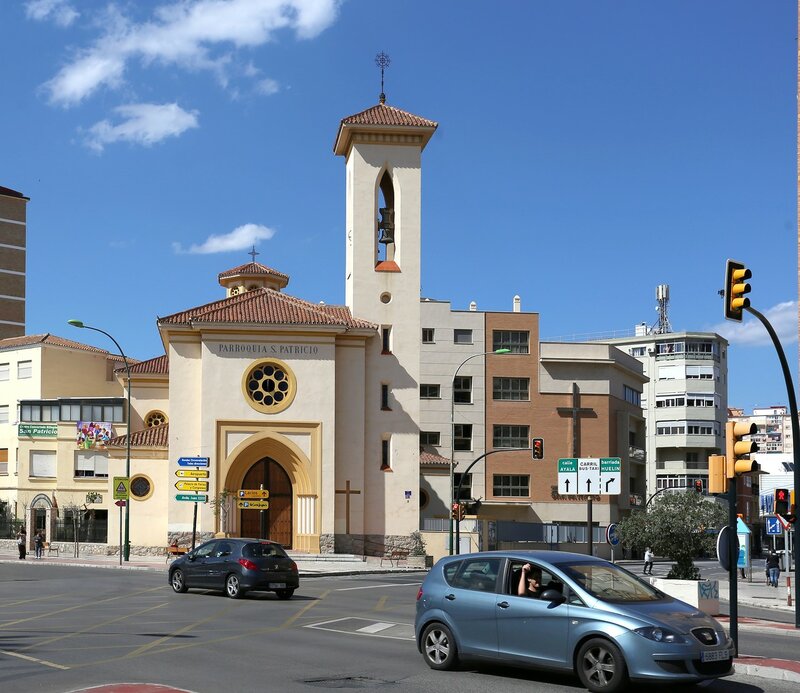 Behind the Welin market, I found several quiet streets with one-story buildings typical of small towns, and completely unexpected among modern high-rise buildings. 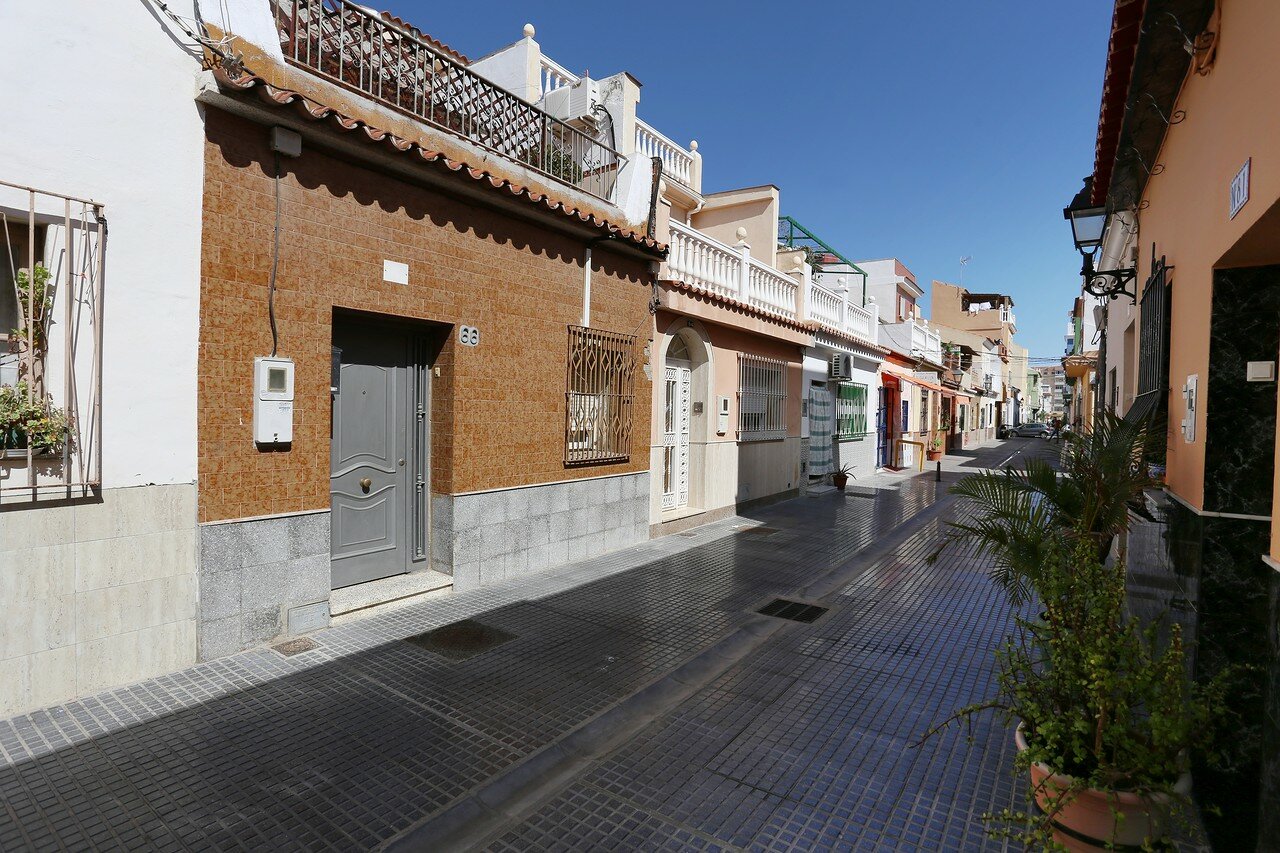 I wandered through the cozy neighborhood and came out on the broad street of princes. 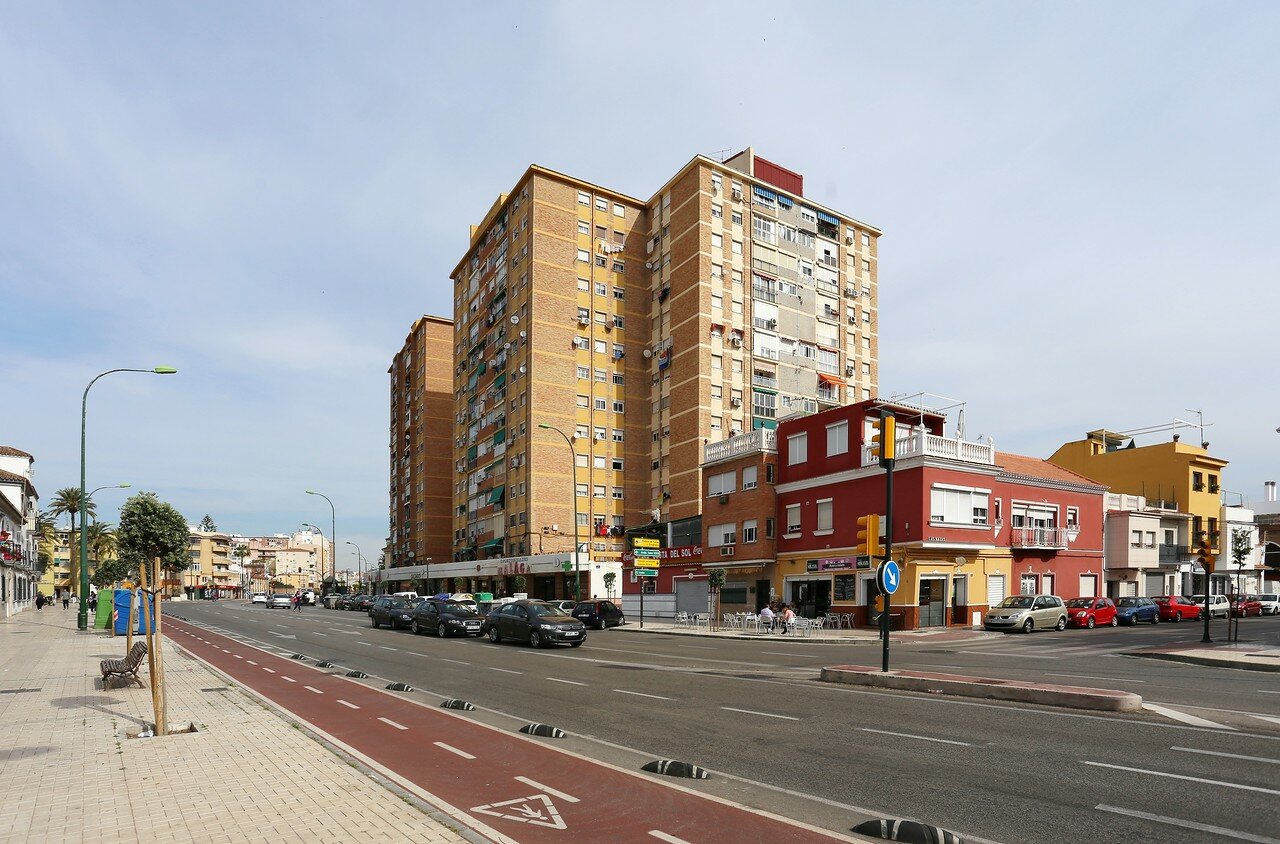 There was a remarkable piece of street art in one of the alleys. 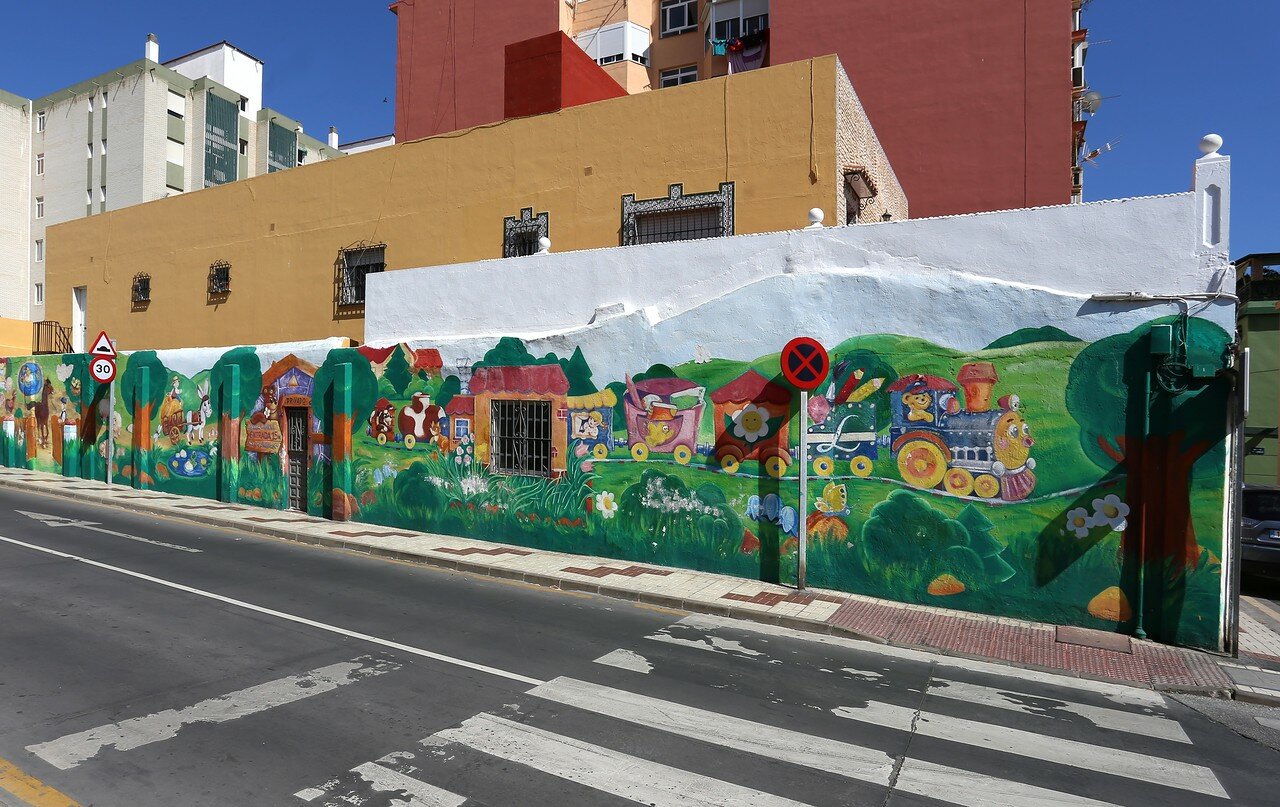 This is how blind fences and walls of kindergartens are decorated in Malaga. 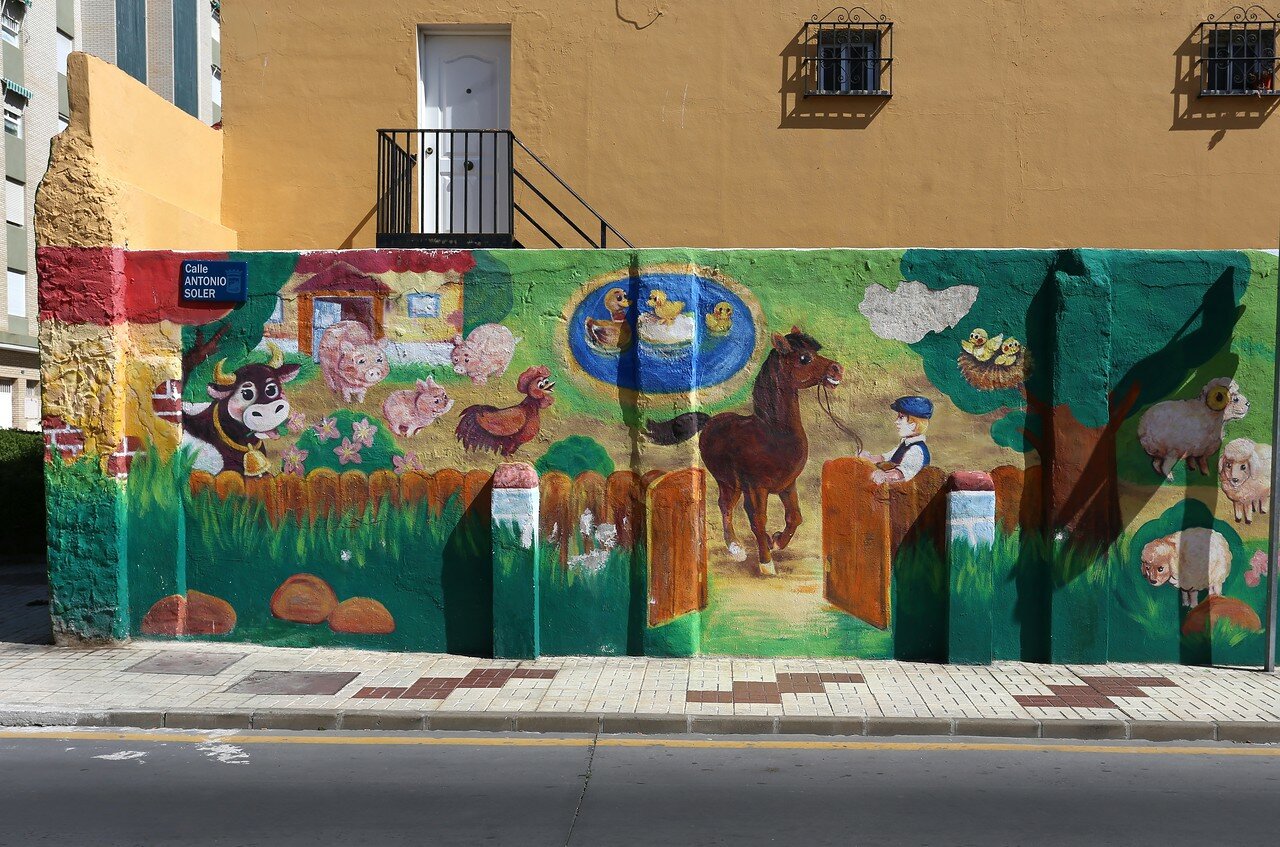 Between via Princesa and Tabacalera showed another quarter of low - Torres-de-La-Serna. 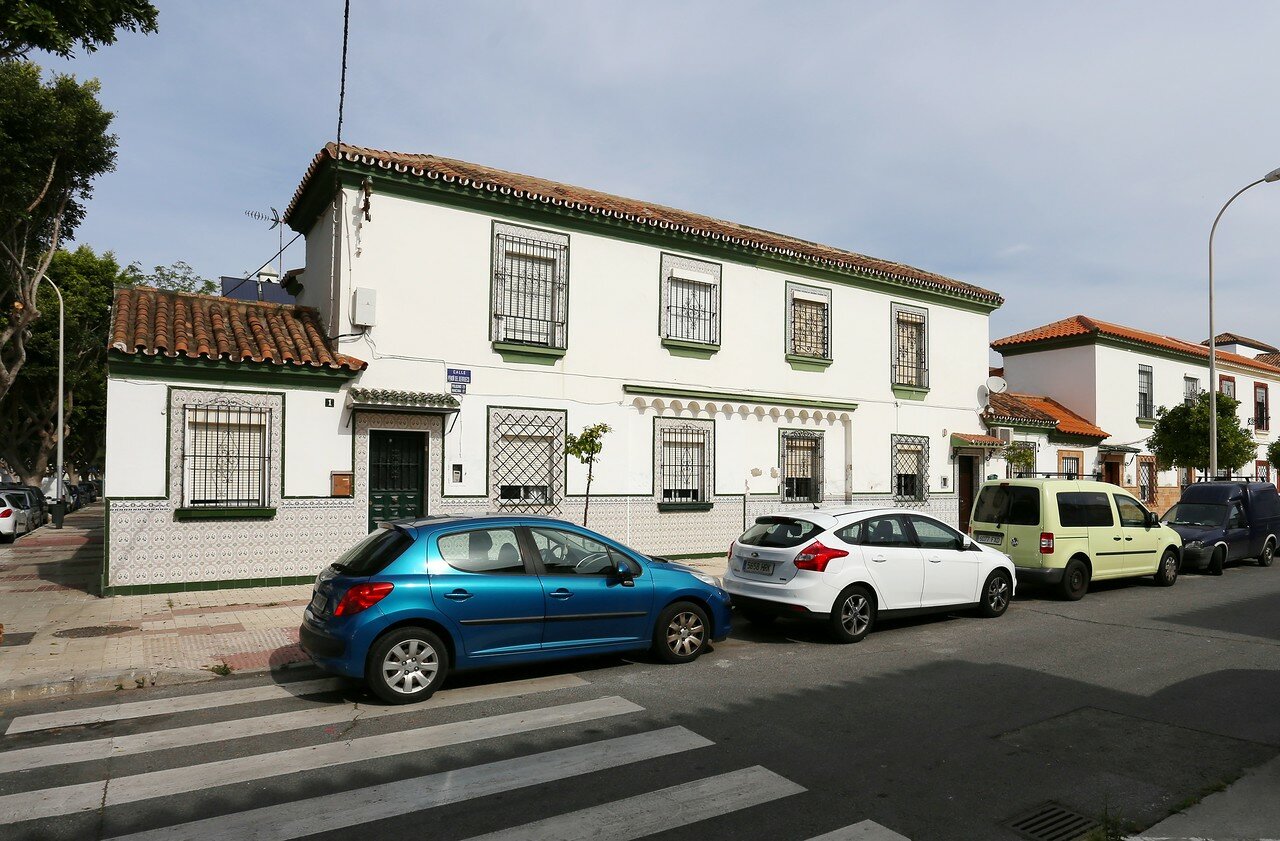 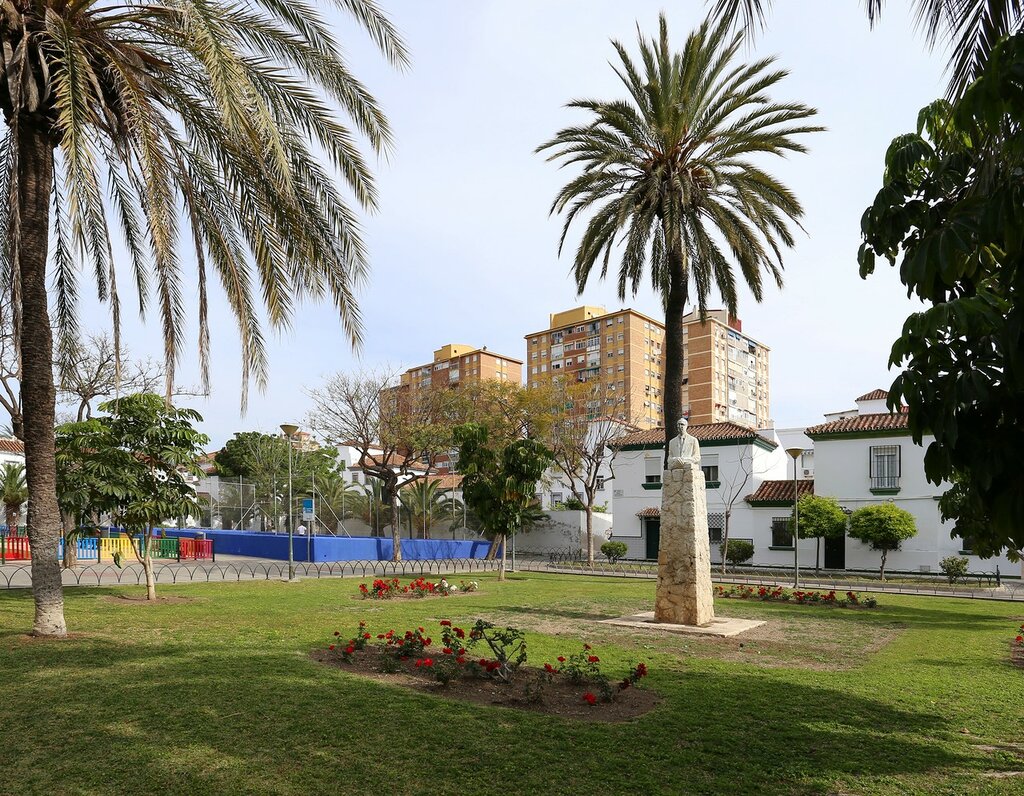 If you are interested in walking along the quiet streets, I went further than I needed to and ended up in the wrong place at the entrance, and at the back of the Tabacalera, where the car Museum and the branch are located The Russian Museum. 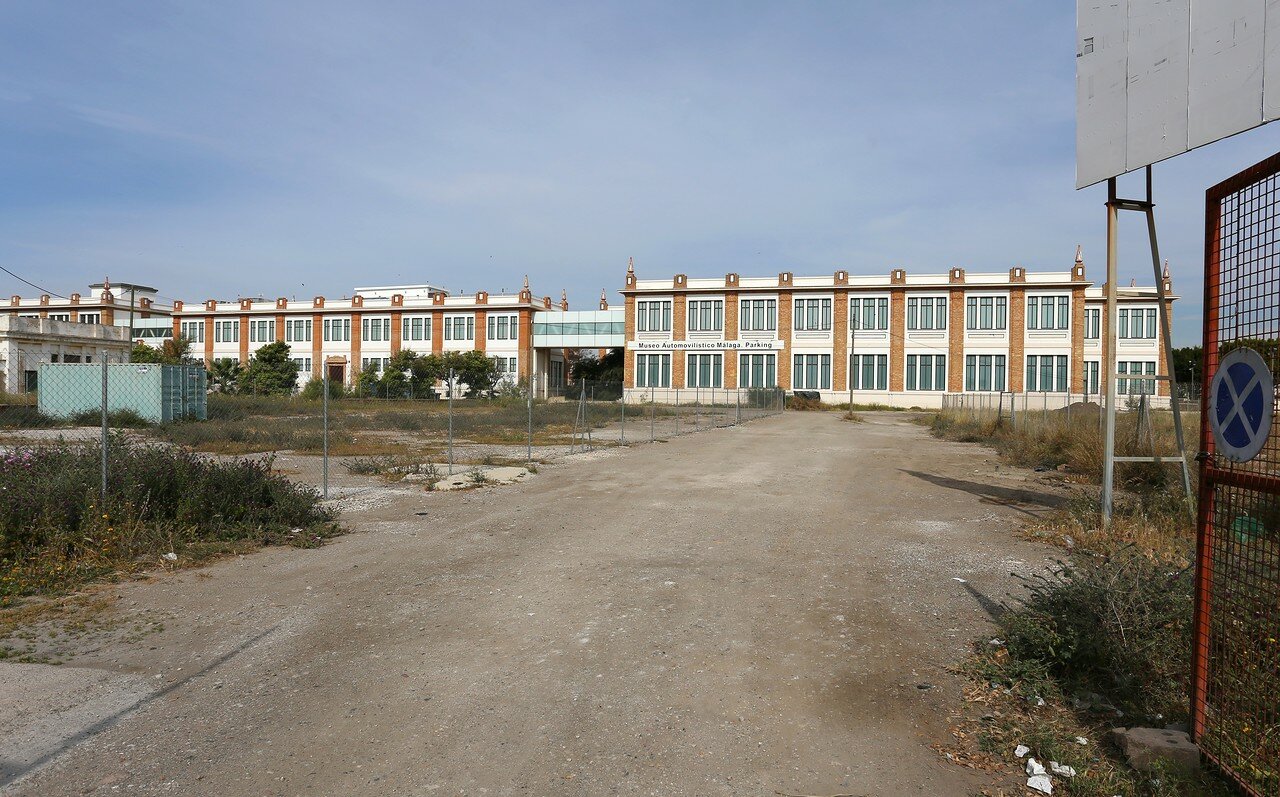